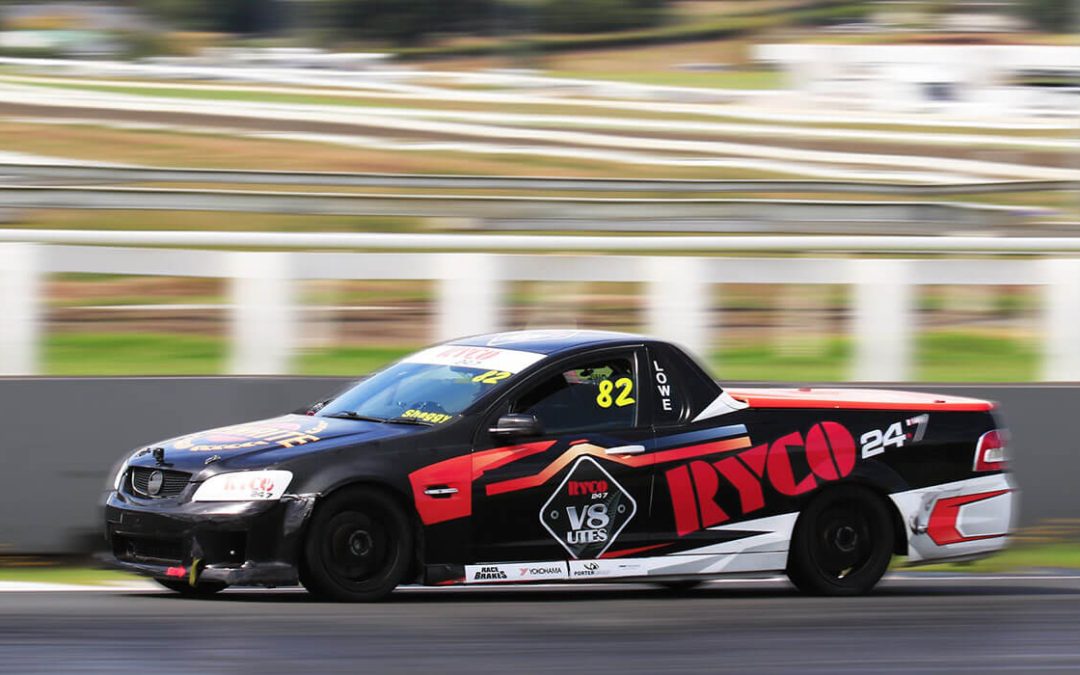 Round 2 – was the event where the class of Peter Ward shone through with yet another win in the RYCO 24•7 NZ V8 Utes racing series!

It started off with a qualifying round on the 4th of March, where Shane Dias claimed a hard win in Round 2 of the RYCO 24•7 V8 Utes racing championship at Pukekohe. In the end, Dias came 3rd overall for this round. Glenn Church, our Live Advertising Guru, added, “The RYCO 24•7 Ute of David ‘Shaggy’ Lowe – himself a RYCO 24•7 operator in Pukekohe scored a well-earned podium through some clever driving”. So, whilst Ward was the winner of Round 2, a few other drivers found their mojo!

Are you ready to discover the details of Round 2 of RYCO 24•7 NZ V8 Utes in Pukekohe? 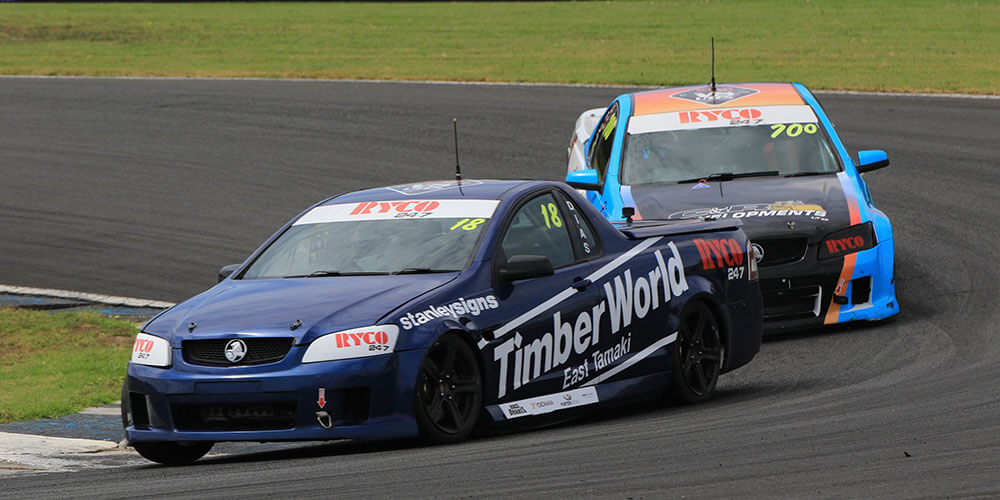 To start, in Race #1, Dias was on the pole. But it all unravelled on the formation lap as the axle he’d installed overnight broke, and he limped back to the pits and out of the points. Nick Ross – driving Cousin Phil’s Holden Ute for the first time in the series – was in 2nd place, while Brad Kroef was showing ability well above his years in 3rd place.

Then on lap 6, Ross’ Holden suffered a front suspension failure, allowing Brad Kroef to move up to 2nd while Shaggy’ assumed 3rd.  And that’s how positions remained at the finish line, giving Shaggy his first-ever podium.

During Race #2, Dias started last, Ross first. But by the second lap, Dias had overtaken most of the field and stormed to 2nd, with Shaggy clinging onto 3rd position. That was, until Ward, who’d started well back, started making his move. 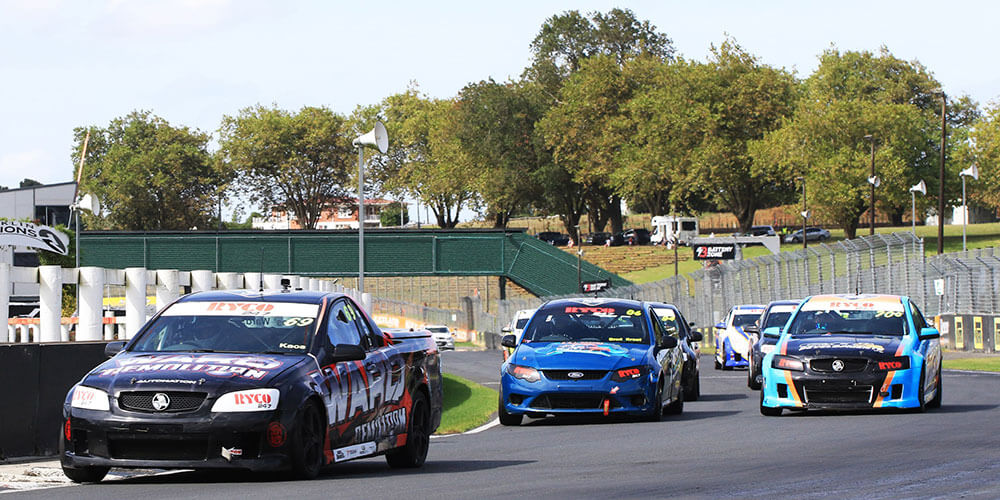 By lap 4, Ward had snatched 3rd from Shaggy, while up ahead Dias overtook Ross for the lead. Next, it was Greg Kroef who got around Shaggy coming into the main straight, son Brad Kroef was next. Meanwhile, Dias was all alone up front but posting a 1.16.854 fastest lap showed he wasn’t feeling complacent. Dias continued to reel off clean, quick laps on his way to the chequered flag.

After starting from 7th, it took just a couple of laps for Dias to slice through the midfield and pass Brad Kroef for 2nd place, leaving Ward next on his radar.  Yet despite lapping solidly up to a half a second per lap quicker, Dias couldn’t get close enough to the experienced Ward.

So, for Race #3, Ward took the win, Dias was 2nd and Ross claimed a well-deserved 3rd.

In the post-race interview, Ward admitted to Dias how he was feeling the pressure. “Seeing you in my rear-view mirror going sideways, I thought I’d better get myself together.” Get it together he did for a commanding Round 2 win in the RYCO 24•7 V8 Utes racing championship!

SERIES POINTS AFTER ROUND 2: