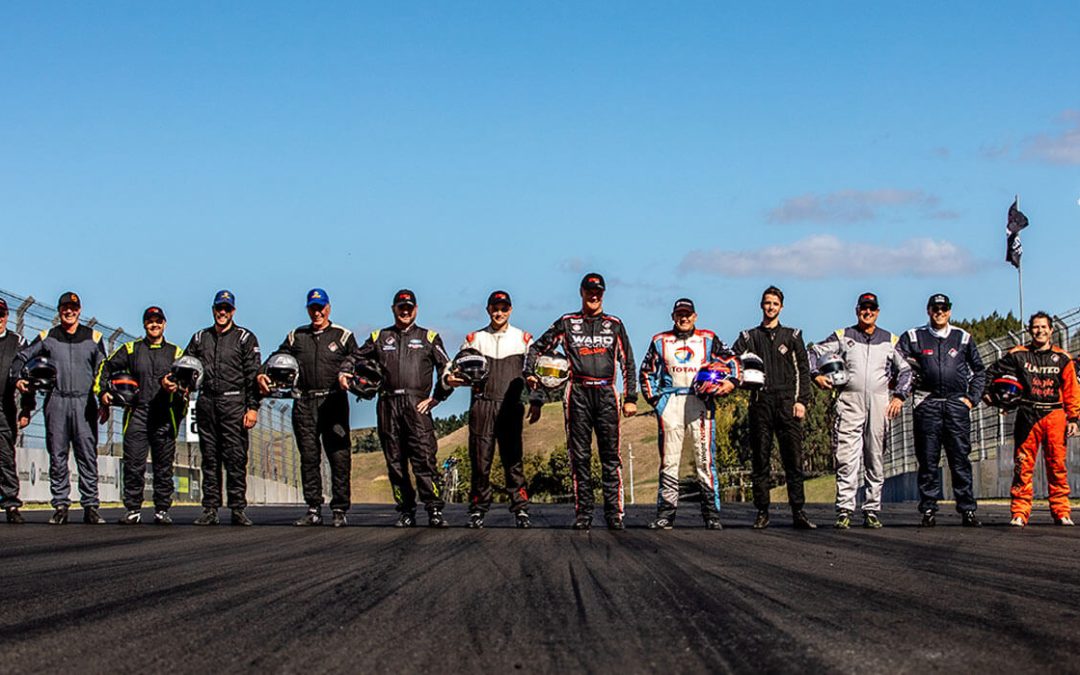 The RYCO 24•7 NZ V8 Utes champion – Peter Ward entered the final round with a 44-point lead. However, Shane Dias and Brad Kroeff were great contenders, race by race, at Hampton Downs.

To start, Saturday’s qualifying race Brad Kroef upstaged the more experienced Dias by 0.17 seconds. But in Race #1 that afternoon, as the lights went out – Dias jumped out ahead of Brad Kroeff to lead by turn one, leaving Ward in 3rd place. For the first couple of laps, Brad Kroeff stuck to Dias’s rear bumper like a magnet. “He obviously had some pace,” Dias said in the post-race interviews, “then he dropped off, so then I just tried to look after my tyres.” Further back, Nick Ross leapt from last to 9th after the first lap, then was 5th just a couple of laps later. At the race end, the three title contenders crossed the line: Dias 1st, Brad Kroef 2nd, and Ward 3rd. The championship was still anyone’s race at this point!

With Race #2 on Sunday being a reverse grid format, anything could happen. As Brad Kroef said the day before, “with the top 10 reversed, there’s always a bit of carnage, so I’ll just try and keep out of that.” Paul Fougere started the raced on the front row, Brad Kroef and Dias were way back at 9th and 10th. But by the end of the first lap, Dias had propelled his Holden right up to 3rd place.

Upfront, Simon Ussher was more of a challenge, taking a further two laps for Dias to overtake him around the sweeper and lead the race. Further back, the Ward Demolition Holden was overheating, and its driver was getting hot under the collar trying to get past Ross in 2nd place. At the chequered flag, Ward clung onto 3rd, but Dias’ win saw him now just 28 points off the series lead. 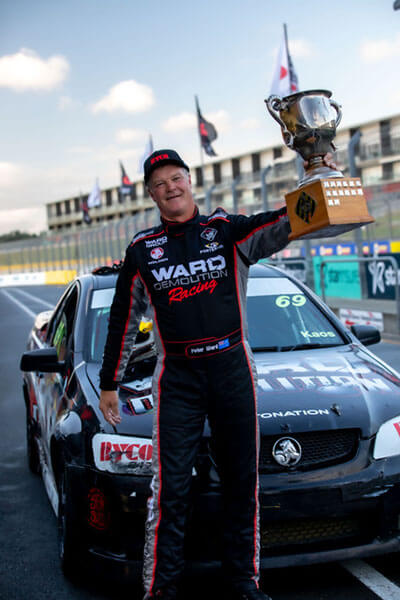 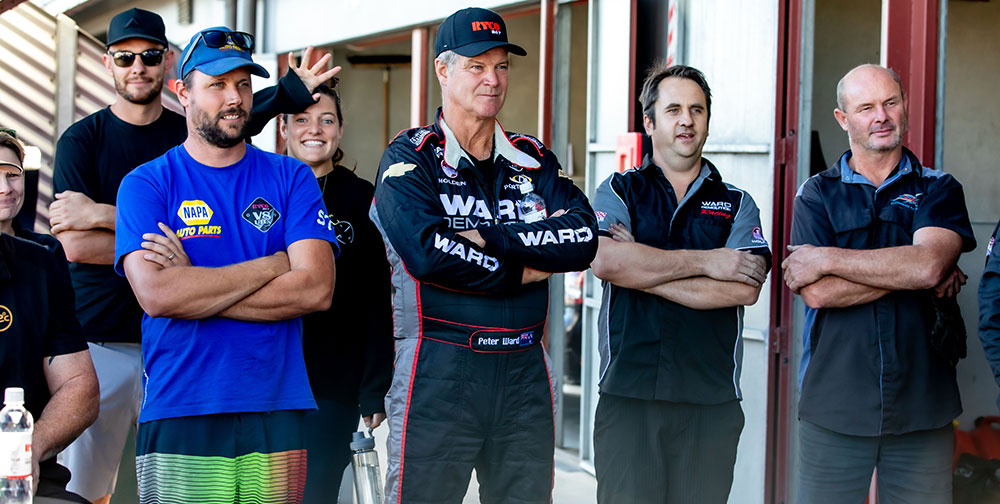 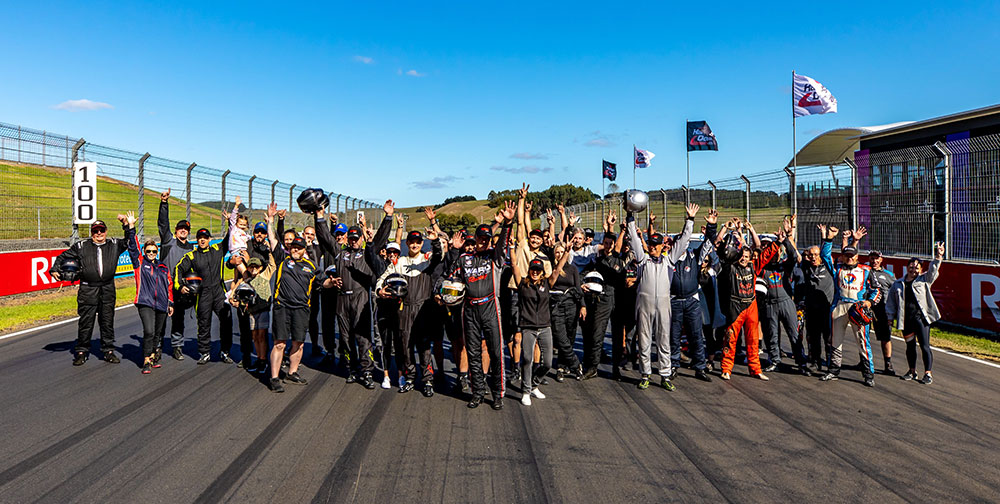 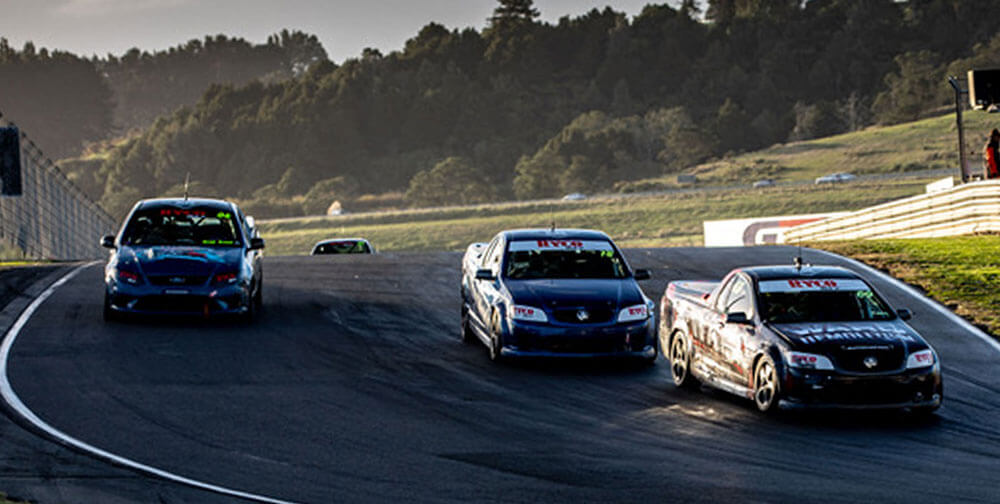 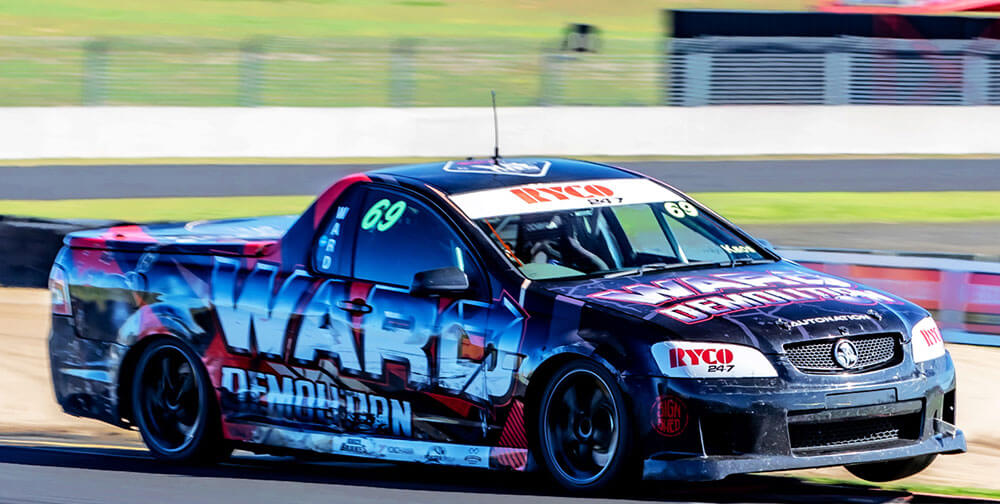 It would all come down to Race #3 on a damp track after rain earlier in the afternoon. But in the setting sun, another driver was about to shine! Getting the better of the slippery track, Ross sliced through the front runners to claim the lead, while Ward muscled his way around the outside of turn one to steal 2nd, leaving Brad Kroef and Dias leading the chase pack. As the laps unfolded, Dias threw everything he could at Ward – around the outside on some turns, ducking underneath on others. Common sense took a back seat as the front runners went hammer and tongs. On lap 6, Brad Kroef even ran wide into father Greg Kroef, then a lap later spun 180°, such was his commitment.

After the 10 laps were over, the day finished with a race win for Ross, a round win for Dias, but a championship wins for Ward.

As title hopeful Dias commented post-race, caution went out the window in that final season decider. “It was too much fun not to go for it.” The words of the champion echoed his sentiment. “That was cool fun. I knew I had to finish. So, I just talked to the old girl, to make sure she held together. “

After all, Peter ‘Chaos’ Ward takes out for the RYCO 24•7 NZ V8 Utes 2021-2022 Championship series. For all the assistance he’s provided to all the other teams, over so many years, this RYCO 24•7 NZ V8 Utes racing championship victory is a fitting reward. Thank you, Ward, for your competitive spirit, camaraderie, and commitment.