» What an Awesome Return to SuperUtes Racing with new Team Triton Wins!

What an Awesome Return to SuperUtes Racing with new Team Triton Wins! 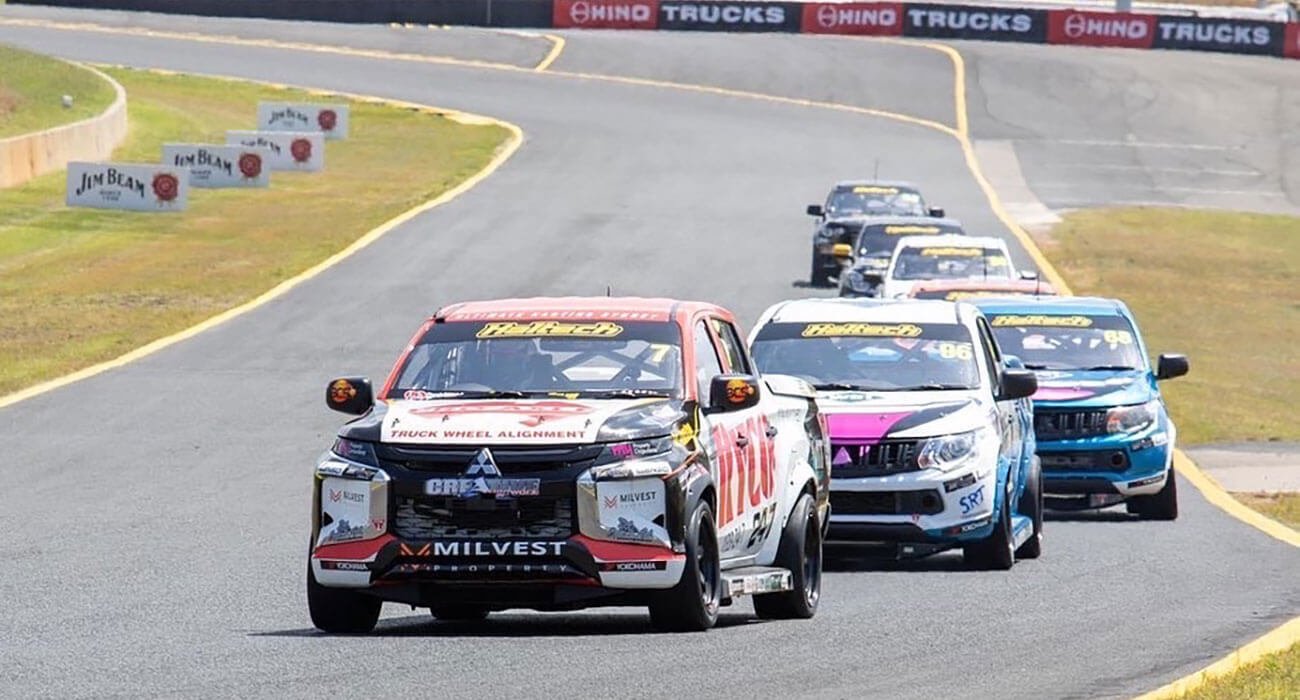 We are super thrilled to announce that Cameron Crick and David Sliders had an awesome return to SuperUtes racing Round 2!

With some new RYCO 24•7 Team Triton wins and real domination of coverage and speed, Cam and Dave did a great job, with Race 2 being the one that killed the round result!

Craig Dontas whilst wasn’t in attendance, was there in spirit stating, “I’ll be honest, I felt like a little kid on Christmas day watching the RYCO Team Triton Ute banging doors on track, although a tad jealous it wasn’t in the flesh and behind the wheel”. 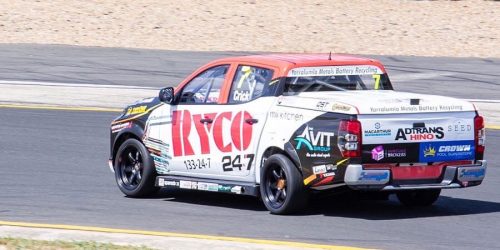 Crick said, “it was great to be back on track after a long break. I had some great pace but ended the weekend with a mixed bag of results. He highlighted that “I started the weekend off on a low, suffering a gearbox failure and missing most of Practice 1 and 2 on Friday.”

Yet after a busy night for the team, he qualified second and went on to win Race 1 after getting the jump off the line! For Race 1, Dontas also commented saying “Cam was exceptional and led the way from start to finish”.

For Race 2, Crick said, “Sunday started with a reverse grid race, where I started from the 6th position. Also, Dontas mentioned “both Dave and Cam were battling for the lead, so it was good to be in the mix while seeing a solid door to door racing”.

Finally, Race 3 Crick made a strategy call, commenting, “I chose to run on used tyres to keep a fresh pair ready for Round 3. I still had good pace despite this making my way from 10th to 3rd. Dontas adding, “both Dave and Cam raced hard with Dave charged from P9 through to second and almost got the win!”. 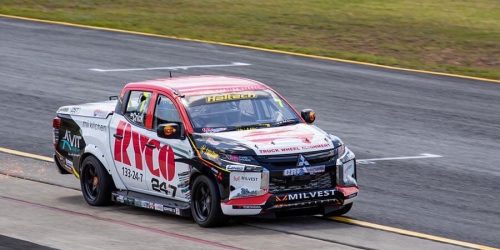 To recap, Dontas noted “Overall, it was very pleasing to see the Utes on track, racing in prime time”! It’s onwards and upwards from here, our next round is just over a week and half away for the Sydney SuperSprint Nov 13-14, then it’s the big dance for Bathurst.”

“I am super proud of the team, we had the speed to win but just not all the luck, but the luck will come. We will also learn how next year is shaping up too with a 2022 calendar soon to be announced, stay tuned!” concluded Dontas.